Influenza and the Norovirus: protecting yourself with herbs

Turn on the radio, pick up a newspaper, go online: everywhere there is new of Influenza and the Norovirus. Influenza affects your respiratory system and the Norovirus is the most common cause of stomach bugs, affecting all ages. Both actually groups fo viruses and virulent because they mutate rapidly. Let’s look briefly at the physiology of these viruses and the herbs that are effecive against them and why the herbs are effective. Also let’s look at the different herbal delivery systems to eradicate the viruses in your body.

A virus is very clever. This is why the flu shot changes every year. Viruses mutate rapidly. This is also why the flu shot often doesn’t work. By the time a flu vaccine is developed, the virus for that particular flu may well have mutated over and over to become impervious to the vaccine. As many as half of those vaccinated may suffer complications, and the wily flu viruses can have varied structures which are not affected by the antibodies produced in response to the vaccine.

“At the moment there are relatively few antiviral drugs and they tend to target enzymes that the virus encodes in its genome. The problem is that the drugs target one enzyme initially and, within the year, scientists are identifying strains that have become resistant. Individual proteins are extremely susceptible to this mutation…” – Dr. Roman Tuma 10/19, 2012.

Viruses are primitive organisms which cannot replicate themselves. They must use DNA (Deoxyribonucleic acid, a self-replicating material present in nearly all living organism as the main constituent of chromosomes) from living cells in order to reproduce. Some viruses like the common cold and polio use RNA (Rinonucleic acid, a nucleic acid present in all living cells. Its principal role is to act as a messnger carrying instructions from DNA).

Flu viruses invade cells by puncturing the cell walls with little spikes called hemagglutinin. These spikes are coated with an enzyme called neuraminidase, which helps break down the cell walls. For a graphic picture of the whole process go to http://kightleys.photoshelter.com/gallery/FLU-pictures-influenza-virus-images/G0000dwk6WM4lStQ. You’ll be glad you did!

Elderberry appears to actually disarm these spikes and inhibit the action of this enzyme — thus preventing flu viruses from invading cells. What is most significant is that the elderberry is able to be effective against mutations as well. How it does that we don’t know at present. It is possible, herbs being intelligent beings, that elderberry anticipates the mutation or that it is so effective against so many enzymes that it acts very broadly, unlike the flu vaccine which targets individual enzymes. It is best used as prevention so I encourage everyone to take elderberry from the beginning of the flu season.

“In 1992, a team of Israeli scientists headed by Madeleine Mumcuoglu (pronounced Mum-shoe-glue) set out to study the effect of elderberry on flu patients. During a flu epidemic at an Israeli Kibbutz, half of the flu patients were given an elderberry syrup, the other half a placebo. The results: within 24 hours, 20% of the patients receiving elderberry had gotten significantly better. Within two days, 75% of the elderberry group were much improved; within 3 days 90% were completely cured.

Among the placebo group, only 8% of patients improved within 24 hours and it was a full 6 days before 90% of the patients were cured. “ – http://www.quantumhealth.com/news/articleflu.html

Okay, so you already have it and are miserable. What to do? Let’s look at some common flu herbal remedies and think about them. I should add that it took four years of thinking about them to develop the mix I use. First, I look at Angelica for several reasons. One is that it is local to my area (Angelica hendersonii) and a noted remedy among the Pomo Indians who live here. Another is that it is widely grown and available, the most common being Angelica archangelica.

Maud Griev is an herbalist who wrote two volumes entitled The Modern Herbal. Mind you, this was written in the early 1900’s. Despite all of our ability to document the chemical constituents and such more precisely than in the 1900’s, we actually don’t necessarily understand all the herbs any better. In fact, having gone from 4 elements (earth, air, fire and water) to over 170 currently in the Table of Elements, we may have obfuscated some basic knowledge. At any rate, here is Griev’s take on the herbs and some additional information.

“The chief constituents of Angelica are about 1 per cent. of volatile oil, valeric acid, angelic acid, sugar, a bitter principle, and a peculiar resin called Angelicin, which is stimulating to the lungs and to the skin. The essential oil of the roots contains terebangelene and other terpenes; the oil of the ‘seeds’ contains in addition methyl-ethylacetic acid and hydroxymyristic acid. …

Angelica is a good remedy for colds, coughs, pleurisy, wind, colic, rheumatism and diseases of the urinary organs, though it should not be given to patients who have a tendency towards diabetes, as it causes an increase of sugar in the urine.” – Maud Griev.

Angelica is an expectorant, which means it helps clear mucus out of your lungs and airways. I helps to stop coughing. I view Angelica as more than an expectorant. Angelica was a primary herb for the Pomo Indians, healing both physically and magically. It is a principal ingredient of the remedy recommend. It is an intelligent herb.

“In herbal medicine it is chiefly used for coughs, consumption and other pulmonary complaints, being a favourite domestic remedy for bronchitis. It has been employed for many years with good results in chest affections, for which it is a valuable medicine as it is in all chronic diseases of the lungs asthma and bronchitis. It gives relief to the respiratory difficulties and assists expectoration.” – Maud Griev

Elecampane is a true lung ally. “Use this herb when you feel the lung congestion associated with the flu (that tightness gripping your chest); many of the people who die from the flu, die from the infection moving into their lungs.” http://marcbonagura.blogspot.com/2009/09/if-you-get-flu.html

Personally I view Elecampane as an amphoteric, which means that it will do for you what you need it

to do. It is another intelligent herb.

Medicinal Action and Uses—Echinacea increases bodily resistance to infection and is used for boils, erysipelas, septicaemia, cancer, syphilis and other impurities of the blood, its action being antiseptic.” -Maud Griev

As noted earlier, the chief danger in established influenza is bacterial infections in the lungs which can lead to pneumonia and can cause death. Echinacea is also Anti-viral. David Hoffman writes:

Indications: Echinacea is one of the primary remedies for helping the body rid itself of microbial infections. It is often effective against both bacterial and viral attacks, and may be used in conditions such as boils, septicaemia and similar infections. In conjunction with other herbs it may be used for any infection anywhere in the body.” http://www.healthy.net/Materia_Medica/Echinacea_spp_Herbal_Materia_Medica/200 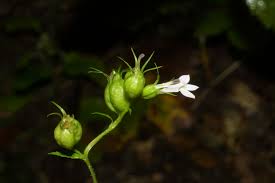 Constituents—The activity of Lobelia is dependent upon a liquid alkaloid first isolated by Proctor in 1838 and named Lobeline. Pereira found a peculiar acid which he named Lobelic acid. Also, gum, resin, chlorophyl, fixed oil, lignin, salts of lime and potassium, with ferric oxide. Lobelacrine, formerly considered to be the acrid principle, is probably lobelate of lobeline. The seeds contain a much higher percentage of lobeline than the rest of the plant.

Medicinal Action and Uses—Expectorant, diaphoretic, anti-asthmatic. It should not be employed as an emetic. (Herbalists, who use lobelia far more than the ordinary practitioners, nearly always prescribe it in doses large enough to prove emetic, and regard it as of greater value thus used. – EDITOR.) Some authorities attach great value to it as an expectorant in bronchitis, others as a valuable counterirritant when combined with other ingredients in ointment form. It is sometimes given in convulsive and inflammatory disorders such as epilepsy, tetanus, diphtheria and tonsilitis. There is also difference of opinion with regard to its narcotic properties. Where relaxation of the system is required, as, for instance, to subdue spasm, Lobelia is invaluable.” – Maud Griev

Indications: Lobelia is one of the most useful systemic relaxants available to us. It has a general depressant action on the central and autonomic nervous system and on neuro-muscular action. It may be used in many conditions in combination with other herbs to further their effectiveness if relaxation is needed. Its primary specific use is in bronchitic asthma and bronchitis. An analysis of the action of the alkaloids present reveal apparently paradoxical effects. Lobeline is a powerful respiratory stimulant, whilst isolobelanine is an emetic and respiratory relaxant, which will stimulate catarrhal secretion and expectoration whilst relaxing the muscles of the respiratory system. The overall action is a truly holistic combination of stimulation and relaxation!”

We call a “combination of stimulation and relaxation” an amphoteric, which is to say it does what you need it to do. We have now looked at four separate herbs. These are the four that I use together for flu. The intent is to stop the virus from spreading and to keep the lungs clear. It is a simple formula, equal parts of Angelica, Elecampane, and Echinacea with a splash of Lobelia. Lobelia acts as a catalyst for other herbs, helping to direct them and increasing their effectiveness.

I recommend taking Elderberry tincture or elixir from the beginning of flu season. Should you get Influenza, I recommend the mixture which I call “Boggy Lung Mix”.

Norovirus infection is the most common cause of gastroenteritis outbreaks. Norovirus is not related to the influenza virus, although it is commonly regarded as “stomach flu”. The CDC reports that there are 21 million cases of norovirus infection annually in the U.S. One-quarter of these are related to food-borne outbreaks and are transmitted from person to person via feces or fluids. Outbreaks are more common in the winter months. There is no specific treatment for norovirus. The disease is self-limited and simple supportive measures are sufficient to care for most people unless they become dehydrated.

Dehydration, due to watery diarrhea is most worrisome in children and infants who may not be able to describe their dehydration. However, most parents will be or become aware of the problem. It may also be risky for the elderly because it can exasperate underlying illness and issues. What is important here is keeping fluids and electrolytes balanced in the body.

“I rely on stinging nettle infusion. Nettle gives me the energy of the earth: strong, solid, endless energy. Nettle infusion supplies me with enormous amounts of electrolyte minerals, lots of protein, and astonishing amounts of vitamins. And it tastes great iced on a hot day.Yum, yum.” – Susun Weed

Some people like to add seaweed and salt as well. Many health food stores sell a bulk electrolyte mix which is good, although quite sweet.

For nausea I rely on ginger.